The Coronavirus pandemic and its attendant national lockdown has thrown a major wrench into this year’s movie and TV schedules, with dozens of major films and the fall’s network-TV season all featuring plenty of reshuffled launch dates. But that doesn’t mean that every star has given up on entertaining their fans and staying on the pop culture radar, as evidenced by a trio of favorite performers who have each started a streaming series with their own unique twists. 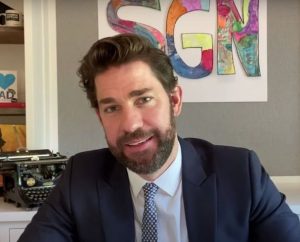 Perhaps the most notable show of the three is “Some Good News,” created by actor and filmmaker John Krasinski, who’s best known for playing Jim Halpert on the wildly popular classic sitcom “The Office” and for writing, directing and starring in the smash-hit horror film “A Quiet Place.” Krasinski took to YouTube to craft “a news show dedicated entirely to good news,” which he hosts from inside his home.

So far, he’s made seven episodes since the March 29 launch and has seen its following grow rapidly, with 2.55 million subscribers as of this Monday. Using the magic of Zoom, Krasinski created a virtual prom for several teens nationwide who were deprived of that rite of passage (and 214,000 other live-stream viewers), and in another episode became an online minister so he could perform the vows for the wedding of an “Office” super-fan couple. That episode even included a full “Office” reunion in which the entire cast re-enacted their moves from the beloved group dance at the show’s iconic Jim-and-Pam wedding,

Other guests have included Robert De Niro, Lin-Manuel Miranda and the original Broadway cast of “Hamilton” (performing songs for a  9-year-old who lost her chance to see the show due to the coronavirus), Oprah Winfrey, Steven Spielberg and even some NASA astronauts from aboard the International Space Station. And he’s also pulled off some incredible charitable feats through the show as well, landing five Boston doctors and nurses lifetime tickets to the Boston Red Sox and convincing AT&T to provide free cellphone service for three months to every doctor and nurse in America. Find it all at the Some Good News channel on YouTube. 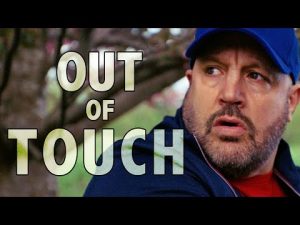 Comedian/actor Kevin James made a name for himself with his long-running sitcom “The King of Queens” and several big-screen movies including “Paul Blart: Mall Cop” and “Grown-Ups.” To keep himself busy amid the pandemic, he started making some pretty impressive comedy shorts (most a little over two minutes apiece) on his own Kevin James channel on YouTube, with 28 videos and counting in just three months.

A couple of the videos have had some pointed satirical fun with the lockdown, particularly “Out of Touch” (the breakout hit of the bunch, with more than 3.2 million views and counting), which imagines a ridiculously extreme authoritarian response to two guys who forget to practice social distancing. Others that should elicit solid laughs from those suffering pandemic boredom include “Quarantine Birthday” and “I Miss Baseball,” which shows the portly performer engaged in an athletic flight of fancy while taking some swings at a baseball in the midst of a large field.

James also has a hilarious string of videos that edit him into key scenes of blockbusters, imagining how he’d screw things up royally if he’d been the sound guy on such favorite films as “Inception,” “Braveheart” and “A Star Is Born.” And he also pokes laugh-filled fun at the craze of cooking videos by crafting sensuous tributes to the making of fried baloney sandwiches and reheated pizza. You really can’t go wrong with any of these.

Lastly, Josh Gad has made a splash in the last few years on Broadway, TV and in a broad string of films from “The Wedding Ringer” through his voice turn as Olaf in the “Frozen” movies. He has launched “Reunite Apart,” a streaming series that raises money from its viewers to support charities such as the Center for Disaster Philanthropy.

The idea of the series, which airs on his own Josh Gad channel on YouTube, is to reunite the casts of cult classic films via Zoom chats and then stream them. So far, he has reunited the cast of “Back to the Future” and “The Goonies,” also including the director and writers of each. Based on the entertaining and informative first couple of episodes, here’s looking forward to future episodes, which Gad is hoping to premiere every two weeks.