After well over a month under stay-at-home orders, it’s hard to find much to laugh about anymore. So, this week I’m spotlighting a few top comedy choices from Netflix to help lighten the mood. 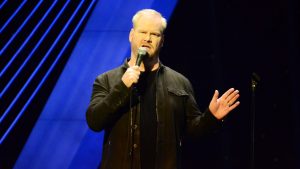 First off, Netflix is now the prime destination for the best standup comedy specials these days. While there are plenty of R-rated ones loaded with F-bombs, Netflix also has some great clean comedy choices, including all five of Jim Gaffigan’s specials. The king of clean comedy, Gaffigan dishes out very funny and universally relatable humor, with a particular focus on his family of five kids, his love of food and good-natured pokes at his devout faith in Catholicism. You can’t go wrong doing a search for his name if you’re wanting to “crack up” cleanly.

Another great, devout Catholic comic with family-friendly funniness is Kevin James, whose special “Don’t Never Give Up” brings the “King of Queens” sitcom star back to the stage for his first new special in ages. And rounding out your offense-free options is fellow clean king Brian Regan, who has both an hour-long special called “Nunchucks and Hand Grenades” and the terrific four-episode series “Stand Up and Away!”, in which he brings some of his greatest standup hits to life in the form of hilarious comedy sketches, including one about ridiculously close tables in restaurants that is perfect comedy in this age of social distancing. 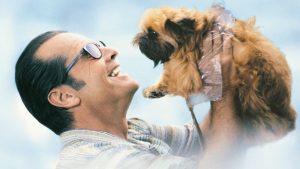 Jack Nicholson in As Good As It Gets

And I’m spotlighting some classic comedies you can find on Netflix as well, starting with the 1997 Best Picture nominee “As Good As It Gets,” which is amazingly the last movie to win both the Oscar for Best Actor (Jack Nicholson) and Best Actress (Helen Hunt). James L. Brooks’ romantic comedy is a perfect example of a movie that caught its cast at just the right moment, getting one of the last Nicholson performances that could be called charming and supporting it with great work from Hunt and Best Supporting Actor nominee Greg Kinnear. The movie starts with some absolutely hysterical and un-PC comedy from Nicholson’s cantankerousness, but winds up being a touching romance as he tries to change because Hunt famously makes him want to be a better man. 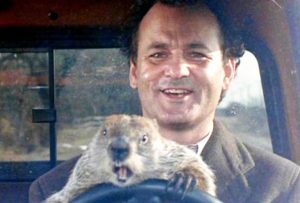 “Groundhog Day” is one of the best comedies of all time, and you can relive its many pleasures and laughs over and over again since it’s also on Netflix. Believe it or not, this 1993 Bill Murray vehicle wasn’t that rapturously received critically or commercially when it came out, but it’s become a beloved genre classic. Murray stars as a weatherman forced to relive the same day over and over again until he gets it right. It’s not just the clever premise but how much co-writer/director Harold Ramis and Murray inject humanism and truth into it. And it’s held up so much better than most early ‘90s comedies.

“Tootsie” is another classic that features Bill Murray, in a movie that was outrageous upon its release in 1982, but so beloved that it made over $175 million and received 10 Oscar nominations, including one for Dustin Hoffman in the title role of a desperate New York actor who shoots to stardom when he pretends to be a woman in order to snag a plum role on a hot soap opera. Watch it now for the incredible comic timing of Dustin Hoffman, Jessica Lange, Teri Garr, Dabney Coleman, and Murray.