Call Me Catholic – The Pilgrim’s Way

Call Me Catholic – The Pilgrim’s Way

“If the bus gets a flat, The café has a rat, Remember YOU’RE A PILGRIM”

My husband Jim and I recently returned from a pilgrimage to Poland.  Yup, there are some very holy places to visit in this small mighty Catholic country and I’m going to get to those specifics in my next blog.  But first, let’s talk pilgrimage.

It was Jim’s idea.  He’d always wanted to visit Poland so when he noticed an announcement in our parish bulletin that a pilgrimage to Poland was being led by one of our favorite priests, he signed us up.

I was concerned.  Jim is an intrepid traveler, ambitious and independently minded.  He’d never been on a pilgrimage before and I wasn’t sure he envisioned one accurately.    A pilgrimage demands a certain obedience and also name badges. 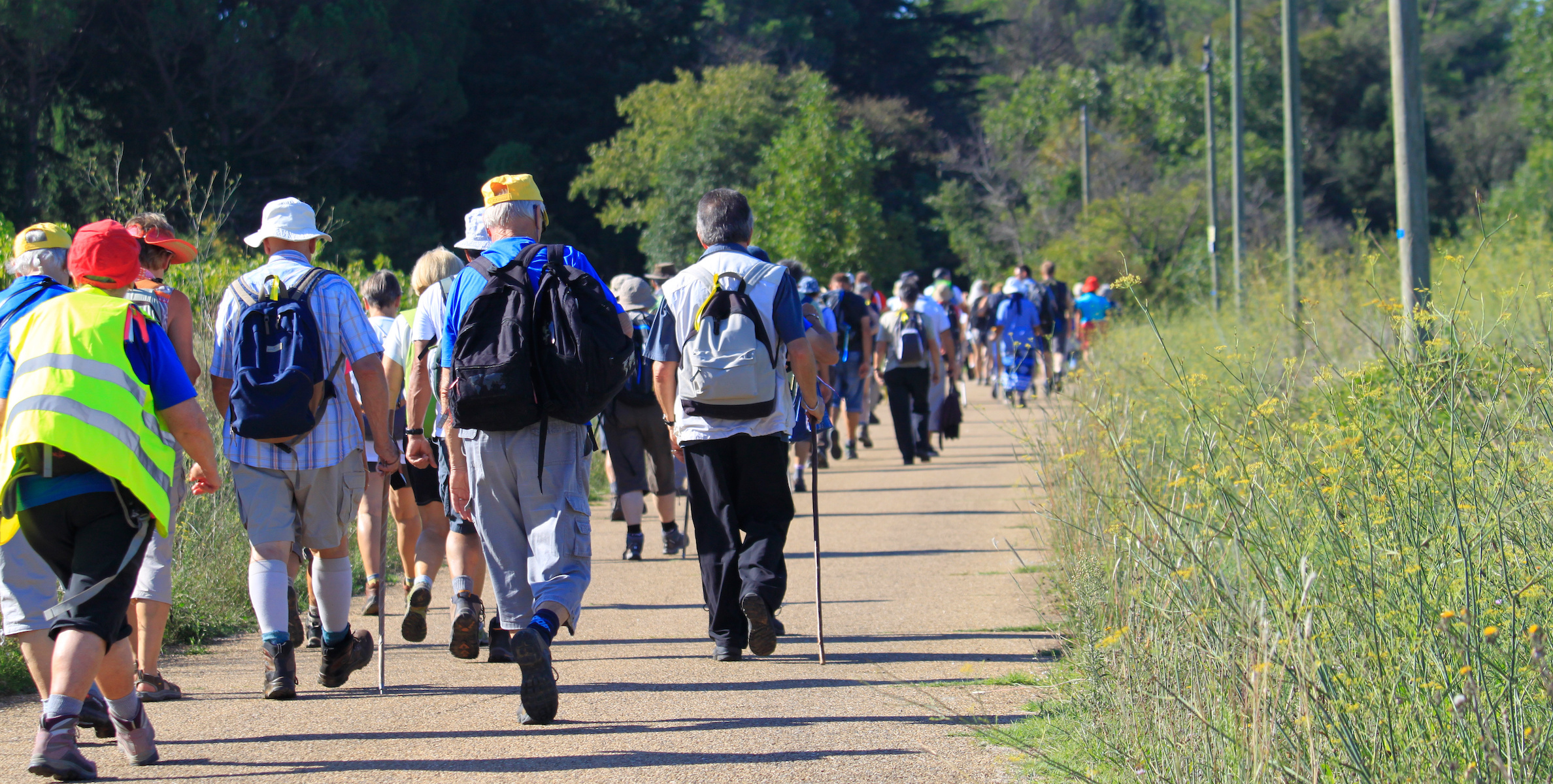 The only other pilgrimage I’d experienced was 15 years previously and the agent organizing our trip to Italy and France sent all of the travelers a packet of material in preparation for the journey – including a poem which rambled on something like this:

If the bus gets a flat

The café has a rat,

If the church is too cold

And the shower has mold

This disclaimer disguised as prose did nothing to engender my confidence in the travel agent nor in my desire to assume the mantel of said pilgrim.  But it did succeed in keeping my expectations in check.

Turns out, some of the planning of that pilgrimage 15 years ago was pretty sketchy and our bus did indeed breakdown on a perilous stretch of highway between Assisi and the train station that would take us to Lourdes.   The priest leading our tour was so desperate to get us back on the road so we could make the overnight train that, after waiting for assistance for two hours in a remote rest stop, he stripped off his flowing white habit, crawled under the behemoth Mercedes tour bus and began tinkering with its underbelly.  The 25 mostly female pilgrims watched in awe and horror as Father shimmied back out from under the bus.  He rubbed an oil stained cloth over hands and announced we were “good to go.”  From there, the only sound you could hear on the bus as we made our way along the cliff hugging highway was the soft rattle of rosary beads until we arrived safely and breathlessly at the train station.

The experience was thoroughly memorable and it taught me much about the unique disposition of fully being a pilgrim.  You must travel with complete trust in God’s providence and your priest’s mechanical competence.   I returned home with a sense that I should be in some degree continuing to live my life as a sojourner, treading lightly on this earth toward a more final and perfect destination.  I just wasn’t sure Jim was ready to acquiesce his passport to such an identity.

Being the Perfect Pilgrim

He surprised me.  Jim was the perfect pilgrim, calm and cooperative.   Patient with the ever changing details of each day’s itinerary.  Prayerful.  And open.  Even when we were booked for four nights into a room the size of a confessional, Jim responded to the question, “how do you and Peggy like your room?” with the answer, “we’ve never been closer.”   He sat in quiet awe in freezing churches and kept a vigilant eye on those fellow pilgrims prone to wander from the pack.  He noticed the world around him and appreciated the cultural differences that affirmed we were no longer in America.

Jim was one hundred percent present to the journey.  He was a pilgrim in full.

Our Catholic tradition has a rich history of pilgrimages and the merits of experiencing pilgrim hood.   There are hundreds of world class shrines, churches and apparition sites that attract Catholic travelers in droves.  But to engage as a pilgrim is as much about the path taken as it is the destination. What distinguishes a pilgrimage from a vacation or garden variety trip is the expectation of spiritual enrichment.

The word pilgrim comes from the Latin word “peregrinum” which conveys the idea of wandering over a distance. A pilgrimage is not purposeless wandering. It is a journey with a higher purpose and that purpose is to honor and encounter God.

One of the earliest uses of the word can be found in the works of Saint Augustine of Hippo. In his text, “Peregrinatio,” he described a Christian spiritual journey as “a self-imposed exile of the pilgrim” in which he searched for God’s truth.

I believe today’s Catholic pilgrims are also seeking a refuge from the invasive demands of modern life that too often separate us from a dependence upon and awareness of God’s presence.

A pilgrimage isn’t necessarily void of luxury but it should be a departure from what is familiar and comfortable.  With that in mind, a good pilgrim leaves his home with the pure intention of observing and experiencing everything toward the goal of achieving a deeper relationship with his faith.  From his first encounter with his fellow pilgrims to the last step of his return home, all that is learned, or felt, or seen or heard should nourish an appetite for the transcendent.  Sometimes, the fruits of these journeys are not at once apparent to us but gradually tickle our subconscious with reminders of how we should be seeing the things around us. How everything can be a gateway to God.

The other day, after attending Mass, I commented to Jim that I missed the glorious altar pieces of the churches we visited in Poland; the art and the statuary and the gilded arches and pillars.

“It’s all still there,” Jim said, “the angels, the saints, the soaring buttresses – maybe we can’t see them but it’s all still present in the celebration of every Mass.”

And there it was, the evidence of a pilgrimage well experienced.

“All that is gold does not glitter,

Not all those who wander are lost.”