Lent is a great time to be Catholic.  Other faith traditions may steal our thunder at Christmas and Easter, but the media flock to Catholic churches when it wants to cover this ancient season of mortification.    Even closet Catholics line up to receive their ashes and for one day walk about this material world with a visible reminder that “dust thou art and unto dust thou shalt return.” 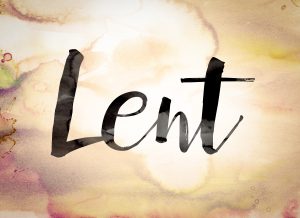 The Catholic experience of Lent into Holy Week preserves so many of the rites and rituals that used to permeate the year round practice of Catholicism: fasting, confession, stations of the cross, incense, soulful hymns and fish on Fridays – the sensory, organic expressions of what we believe and what we are seeking as followers of Christ. Lent retains much of what we have lost in modern Catholic culture.

The year I entered St. Mary’s Academy in Los Angeles the Sisters of St. Joseph of Carondelet, the nuns of my youth, lost their habits.  The clean white headdress that framed their unadorned faces gave way to hairdo’s (who knew?) and the black robes that once swung with gravitas on the playground of my grammar school became pastel-colored polyester suits.  We were still in uniform.  They were not.  It was confusing.

The year was 1968 and cultural conditions prompted the sisters’ awkward transition into modernity, but, in my mind, it was the beginning of many changes that eroded Catholic life in America.  The outward signs that told the world we were Catholic began to fade away.  We no longer abstained from meat on Fridays.  My sisters and I attended Mass without covering our heads.   New parish churches resembled cupcake-shaped meeting halls. When once people fasted from midnight before receiving the Eucharist, canon laws evolved to mandate a three, then a mere one hour fast.   Lots of our good habits disappeared.

Many argued that these were superficial expressions of faith anyway, crutches that allowed us to appear more pious than we deserved.  Perhaps they were, but they also humbled us before the magnitude and majesty of our Catholic faith.    Without them, we began to take it all for granted.  Catholicism became commonplace.  And, then, even a little embarrassing.

But, during Lent and Holy Week, the Catholic Church becomes itself again, unapologetically tolling the bells of our mortality.  And it draws crowds.  Those who were lukewarm pray with emotion the church stations with other pilgrims; adults and children shift their weight from one foot to the other as they wait in long lines at the confessional; parishioners gather in the hall for Friday night fish fry’s; priests prostrate themselves before the altar; congregations bellow “Crucify him!  Crucify Him!” at the reading of the Passion; and together we plead in song, “Jesus, remember me when you come into your kingdom.”

This is the theatre of our faith; the sights and sounds and smells of a church that bridges heaven and earth and gives a voice to our deepest yearnings.  Every liturgical season has its unique properties but Lent and Holy Week tap into the most compelling mysteries of our faith and beg us to dwell there.

Lent is a great time to be Catholic.  But, when it’s over, let’s try to stay a while.