Last week I expressed my total delight in the fact that Oct. 23 was the best day of the year so far for pop culture, thanks to a solid new Bill Murray movie and both an album and documentary from Bruce Springsteen. I only previewed those selections, however, so this week I’m writing my actual reviews of them. 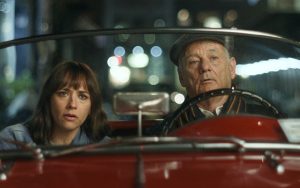 “On the Rocks” starring Bill Murray

“On the Rocks” is the Bill Murray film, and it reteams him with writer-director Sofia Coppola for the first time since she led him to an Oscar-nominated performance in 2004’s “Lost in Translation.” In it, he plays Felix, a lifelong playboy and father of a woman named Laura (Rashida Jones), who is worried that her constantly-traveling husband Dean (Marlon Wayans) is having an affair with a female underling.

Laura admits her concerns to her father, only to roll her eyes when Felix hits her with his Cro-Magnon theories about male-female relationships. But when Felix suggests they tail Dean around Manhattan and see if he’s fooling around with his staffer, she reluctantly goes along for the very funny ride.

“Rocks” isn’t a hilarious movie except in a great car chase scene, but it will make you smile and chuckle throughout most of it. The real pleasure here is seeing a comedy done with intelligence and class in an age when we’re subjected to a constant flow of uninspired dreck “comedies” on Netflix that make Hallmark movies look like masterpieces.

All three of the lead performances are solid, with Murray clearly having a fun time – especially in the car chase and when summoning memories of his SNL character Nick the Lounge Singer in a karaoke scene. Jones is always a good actress, but Wayans is the biggest surprise here, playing Dean with a well-rounded intelligence.

“On the Rocks” makes for smooth sailing throughout. 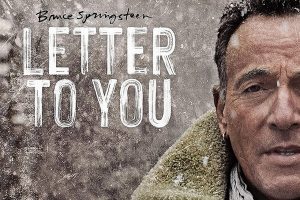 Springsteen’s “Letter to You” is a low-key, black-and-white examination of the creative process behind his latest album, of the same name. He and the members of his legendary E Street Band have been recording together for nearly 50 years now, and it’s both warm and fun to see how well they work as a team en route to creating catchy rock songs filled with lyrical meaning.

What makes “Letter” even more interesting to fans is that Springsteen reveals facts like his belief that his songs and albums are correspondences with his fans, and that for him, a song is a prayer. He feels most in tune with God when he’s creating his classic tunes, and the entire enterprise is thoughtful due to the fact that the album is a tribute to the now-deceased other members of the band he started with: The Castiles.

Between the soulful narrative passages, the songs come to vibrant life in rousing performances. Springsteen has created this film and the 2019 doc “Western Stars” (also named after a concurrent album) as substitutes for tours, so grab the chance to see some good rock and roll while you can. 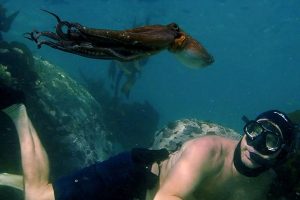 Lastly, I’m recommending another documentary, called “My Octopus Teacher”, which is making quite a splash (pun fully intended) on Netflix. It follows the discoveries of a man named Craig Foster, whose work running an oceans charity inspired him to swim daily in the ocean for years, and his experiences with an octopus that mesmerized him.

Along with stunning underwater footage, “Octopus” shows how Foster learned to appreciate all of nature and aspects of his life through his Zenlike bonding with the creature and observing how it interacts with its surroundings. The overall result is a never before seen bond between human and wild animal that is also wholesome G-rated viewing you can enjoy either on your own or with your entire family.