“Second Act” and “The Mule”

“Second Act” and “The Mule”

Jennifer Lopez has been leading an eclectic career as an actress, singer and dancer for nearly a quarter-century, and has managed to carve out a distinct brand for her persona as the impossibly pretty, vastly wealthy woman who can still make you believe she knows what it’s like to be an average working-class woman. 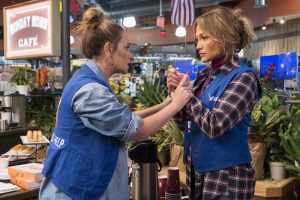 Clint Eastwood, meanwhile, has of course been an icon of cinematic manhood for decades, and at 86, he’s directed and starring in another in a literally endless parade of critically acclaimed hits with “The Mule.” Oddly, these seemingly disparate superstars have similar themes in their latest films, which both have a lot to say to audiences who are middle-aged and older.

J. Lo’s latest film, “Second Act,”  has flown under the radar of the Christmas blockbuster season yet provides her the perfect role as Maya, a 40-year-old woman who goes for a big promotion to head manager at the Whole Foods-style supermarket she’s been working at for 15 years. When she loses the job because she only has a GED, Maya’s best friend’s son creates an entirely new and wholly false online persona for her so she can compete for better jobs that require higher education.

Suddenly Maya finds herself hired as a consultant by a line of facial creams and thrown in over her head amid a flashy corporate world with tons of perks. Tasked with competing against Zoe (Vanessa Hudgens), the hotshot 24-year-old daughter of the company CEO (Treat Williams), in a race to develop the best new organic skin cream, Maya finds a bigger surprise when it’s revealed that Zoe is the daughter she gave up for adoption during high school.

That plot twist is surprisingly effective, lending an unexpected emotional depth to the film that balances well against a number of quirkily fun supporting characters and screwball comedy moments. Among her friends are veteran “King of Queens” costar and famed ex-Scientologist Leah Remini, who plays best friend Joan with snappy sarcasm, and writers Justin Zackham and Elaine Goldsmith-Thomas bring funny touches to a wide array of Maya’s co-workers in both her past blue-collar and new white-collar lives.

The writers also deliver some pretty hilarious off-beat sight gags and physical comedy at unexpected moments throughout. But it’s Maya’s relationship with her surprise daughter Zoe that forms the true heart of the movie, and it’s refreshing to see a major movie character strongly espouse a pro-life and pro-adoption viewpoint. Maya makes it clear that she never considered anything but adoption for a moment, and Lopez delivers the lines with touching emotion.

Lopez knocks her well-rounded role out of the park, but “Second Act” unfortunately has a couple of gaping plot holes and logical lapses that weaken it in the middle and near the finale. Unfortunately, since they’re connected to the plot twists that form the surprising center of the film, it’s unfair to spell them out in detail.

But those are easily forgivable offenses in a movie that more often than not proves to be both funny and inspiring, while again giving viewers a true appreciation of life and making the most of the circumstances you’re forced to handle. Providing plenty of fodder for meaningful conversation in addition to a wide range of emotions, “Second Act” proves to be a first-rate date film.

“The Mule” features Eastwood as Earl Stone, a 90-year-old lifelong horticulturalist who has spent more time and money focusing on his prized plants than he has on his own family. He’s also been a financial failure in addition to a failed husband and father, so when his home is about to be foreclosed and he’s driven to desperation, he agrees to consider a job driving mysterious bags long distance between El Paso and Chicago for increasingly large sums of money. 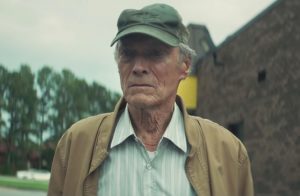 Earl knows that there has to be something wrong with the situation, as a Mexican drug cartel is using him as an unsuspecting drug runner between the two cities.  But he needs to save his house, and his daughter needs help paying for her wedding, and the VFW hall he’s a member of is in danger of closing down due to costly repairs, so Earl takes the money and doesn’t ask questions.

But the problem is, federal agents led by Colin Bates (Bradley Cooper) are starting to ask questions about who the hot new drug-runner of the cartel is, and they’re closing in fast on Earl. As a family crisis forces Earl to decide between family and his dangerous work for the cartel, “The Mule” becomes a slow-burning masterpiece thriller, in addition to an interesting and engaging exploration of forgiveness and redemption, family and second chances.

Eastwood is outstanding as always, and he reteams here with Nick Schenk, who also wrote his biggest blockbuster ever, “Gran Torino.” While “The Mule” is much more mellow in its tone, it’s highly effective, edge of your seat entertainment that while rated R, has a relative minimum of foul language and violence for the rating and should be easily enjoyed by any adult.