REVIEWS: “The Mighty Ducks” and “Secrets of the Whales” Now on Disney Plus

REVIEWS: “The Mighty Ducks” and “Secrets of the Whales” Now on Disney Plus

Disney is most famous for its animated animal Mickey Mouse, but its Disney + streaming service is serving up some great entertainment featuring two other prominent animals, with the new dramedy series ‘The Mighty Ducks: Game Changers” and its new National Geographic-produced docuseries “Secrets of the Whales”. This week, we’ll take a look at both of these while also spotlighting a couple of other great viewing choices. 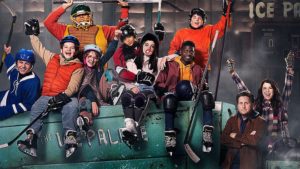 “Game Changers” revives the “Mighty Ducks” franchise that produced three movies between 1992 and 1996 and spawned the creation of an actual NHL professional hockey team of the same name. The movies starred Emilio Estevez as an attorney named Gordon Bombay who was forced to coach a hapless youth hockey team called the Mighty Ducks as a public service requirement when he is slapped with a DUI conviction.

Of course, Bombay winds up whipping his ragtag team into championship shape, but in the new series – which picks up in the present day, 24 years after the third movie – he is managing a rundown skating rink called the Ice Palace, where he refuses to allow hockey to be played. He’s also a bit of a secondary character, with the focus on TV veteran Lauren Graham of “The Gilmore Girls” fame as Alex Morrow, a single mom who starts her own team called the Don’t Bothers when her son Evan (Brady Noon) is refused a spot on the local champions the Mighty Ducks.

Alex has plenty of spunk and stands up for her son like a great mom should, while Evan assembles a new team of outsiders. These include his nerdy next-door neighbor, a Black kid who skateboards everywhere while wearing a helmet because he loves crashing into things, an enormous Latino kid nicknamed “The Wall” with lightning-fast reflexes as the goalie, and a couple of girls looking for a chance to play.

Gordon Bombay enters the picture when Alex arranges to have the team practice at the Ice Palace, which he reluctantly agrees to when he sees that there will be a hefty check from the state government supporting the effort. The pilot ties everything up neatly with a beautiful, funny scene in which Gordon slyly plays Whitney Houston’s “The Greatest Love of All” over the rink’s loudspeakers to force Alex to skate her award-winning routine from her own high school days.

Disney is incredible at adapting their old movies into new projects…

As anyone who’s seen Disney’s reboots and updates ranging from the live-action “Beauty and the Beast” through the CGI “The Lion King” and live-action “Mulan” knows, Disney is incredible at adapting their old movies into entertaining new projects. “Game Changers” provides solid family-friendly fun that’s also got real appeal to those of us in our 50s and up who recall taking our kids to see the original “Ducks” movies back in the ‘90s.

As such, this is great viewing to enjoy whether on your own or with your kids and grandkids along for the ride. It’s great seeing Estevez back in action, as he’s been pretty reclusive over the last 20 years, and Graham is always dependably energetic fun. The kids are great too. All around, these “Game Changers” are winners. 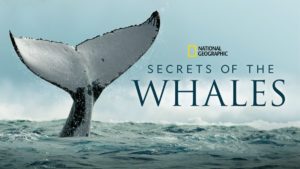 “Secrets of the Whales” on Disney Plus

Meanwhile, “Whales” adds to the fascinating pantheon of nature docs that National Geographic has produced for decades. This one has legendary filmmaker James Cameron (“Avatar,” “The Terminator”) as executive producer, providing amazing visuals from oceans around the planet as the pilot follows orcas, the biggest predator whales in the world.

Plenty of fascinating facts are added into the mix, among them explanations of how whales utilize sonar to communicate and the tactics they use in their hunting for food. But most impressive and touching are the details of the orca family structure, as powerful and loving as the best of humans.

Looking back further, I also recommend taking a look at the 2004 film “Miracle,” which starred Kurt Russell as the coach of the US men’s hockey team that stunned the world by defeating the Russians at the 1980 Olympics and winning the gold medal. It’s rousing, expertly shot and a feel-good adrenaline rush that can’t be beat.
And lastly, I want to bring some attention to another Emilio Estevez production, the 2019 film “The Public,” which he wrote, directed and starred in. He played the head librarian of the Cincinnati public library, who is caught in the middle when a group of desperate homeless people refuse to leave one night amid a deadly cold-weather spell and stage a night-long protest showdown against the police, who are led by a negotiator played by Alec Baldwin.

“The Public” barely got a release in theaters, but it’s a touching and timely look at the issue of homelessness and public libraries. That may sound boring, but Estevez pulls off a movie that’s funny, rousing, packed with great characters and performances and has a hilarious twist ending that brilliantly ends the battle of wills. Be forewarned, this is PG13 for some comically presented male rear nudity, but there is nothing here that adults can’t handle if kids aren’t around. It was one of my Ten Best films of the year in 2019, and will likely be on your list this year if you give it a watch.