There is no greater king in the film world these days than Disney, as the family-entertainment behemoth has snapped up everything from Marvel superhero films to the Muppets, and from the “Star Wars” universe to 20th Century Fox in recent years. Add in Pixar, the ABC television network, and more and there doesn’t seem to be a single overlooked opportunity to shake down families for their money.

But two years ago, they indeed opened another vault by brining their line-drawn animated classics to CGI when a live-action reboot of “Beauty and the Beast” brought in well over a billion dollars. Since then, they’ve followed suit with this summer’s live-action take on “Aladdin” and flew to just middling success with “Dumbo”. But now they’re poised to make their biggest hit yet with this weekend’s release of “The Lion King.” 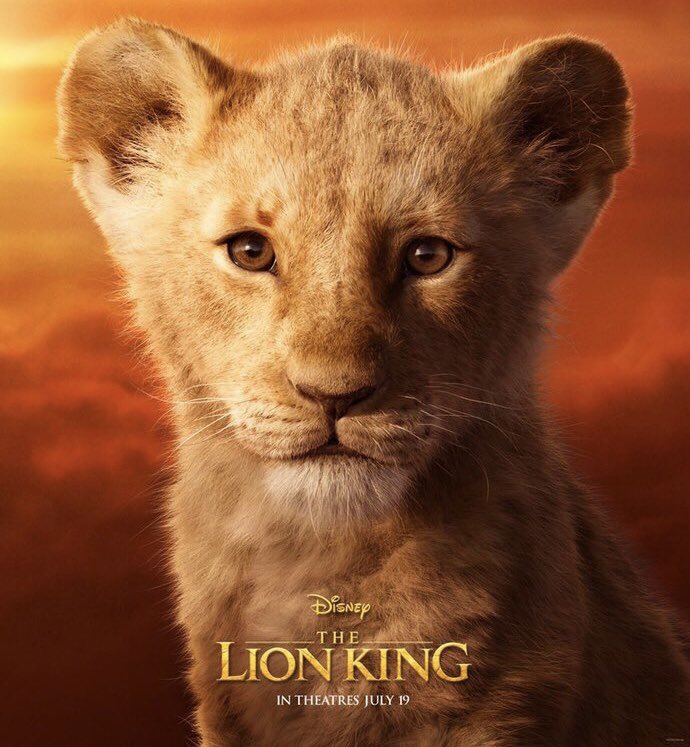 Directed by Jon Favreau, who scored big with his 2016 live-action/CGI hybrid of “The Jungle Book,” this “Lion” appears to bring its African setting to stunning life despite the fact it’s entirely crafted on computer screens. The new version opens with an African woman’s voice singing the classic opening song “Circle of Life” in place of its songwriter Elton John’s version in the original, but it’s effective in making it clear that this version strives to be more realistic on the voiceover level as well.

The film follows the same basic story as the original as it follows the young lion cub Simba (Donald Glover), who is announced as the future heir to the throne of his father Mufasa, and wants to grow up fast. He takes the advice of his evil uncle Scar (Chiwetel Ejiofor) and visits the elephant graveyard over the horizon with his best friend and future mate Nala (Beyonce), despite his father’s telling him it’s a forbidden zone.

Mufasa has to save the young pair from an attack by hyenas, yet later Simba follows Scar’s bad advice again and practices his roar in a canyon that echoes. The noise prompts a stampede of cows being chased by evil hyenas again, and when Mufasa is endangered while trying to save his son, Scar causes his death in a vicious betrayal and then convinces Simba that it’s his fault instead.

Simba runs away in shame for many years, teaming up with new duo of irresponsible friends named Pumbaa (Seth Rogen) and Timon (Billy Eichner), who try to convince him that the happiest way to live is by shirking all responsibilities. But when Nala finds him years later while seeking help to rid the kingdom of Scar, Simba is forced to take a stand that carries a great deal of consequences.

The new film follows the storyline of the 1994 original closely, but with an extra half hour in its running time the story has room to breathe, adding depth to the characters and providing the time needed to make its impressive action sequences achieve maximum impact. In fact, the one warning grandparents of young children should take heed is that the battles between the lions and the chase scenes with the hyenas might prove to be too much for younger children.

Yet, there’s plenty of great comic relief with Rogen and Eichner perfectly filling in the roles of the mischievous Pumbaa and Timon,and John Oliver taking on the wise bird Zazu. In a perfect nod to the original cartoon, James Earl Jones reprises the role of Mufasa and give him perhaps even more regal class and fury than he managed to perform a quarter-century ago.

It’s almost impossible to find anything wrong with the film, continuing the Disney brand’s tradition of technical perfection matched with a heartfelt tale. They may have a glut of product in the marketplace, but they take the time to make their films at the highest possible level and audiences are ultimately the winners.