Movies – August Films to Watch Out For

Movies – August Films to Watch Out For

Amid a summer of bombastic blockbusters and reboot retreads, it’s hard to find truly human and original stories in movie theaters. But this weekend brings a trio of solid films that will move and inspire anyone who sees them. Better yet, all three of these are tastefully made and have little to no immoral content to worry about.

The first and widest release is “The Art of Racing in the Rain,” based on the acclaimed best-selling novel by Garth Stein. The  film follows a race car driver named Denny (Milo Ventimiglia, of NBC’s hit “This Is Us”) and the impact a golden retriever named Enzo (voiced by Kevin Costner as the narrator) has on his life over the course of a dozen years. 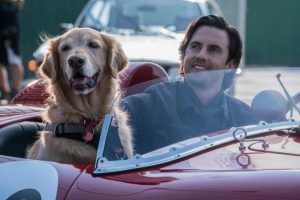 It might be easy to dismiss this as a kiddie flick at first glance, following other similar films with talking dogs like “A Dog’s Purpose,” but “Racing” covers surprisingly heavy emotional terrain. Denny’s wife battles brain cancer, he has to fight for custody of their young daughter against her parents and Enzo himself faces some potentially tragic moments.

Through it all, Costner’s voice gives the film incredible gravitas and makes it a moving experience that is innocent enough for kids and families to see together, yet plays at an intelligence level that is more for adults.

Director Simon Curtis, who has previously directed arty British dramas (“Woman in Gold,” “My  Week With Marilyn”), gives the movie a sense of sadness throughout, shot through with an underlying optimism that pays off at key moments. The movie offers life lessons imparted by Enzo, using racing principles he learns from observing Denny, a technique unique enough to stick in your brain.

Ventimiglia is mining the same territory as his multi-Emmy-nominated role on NBC’s family drama “This Is Us,” and fans of that program won’t be disappointed as they’ll find plenty of tears here as well. “Art” is a real gem in the dog days of summer.

While “Art” delivers the goods in the context of a straightforward tearjerker, “The Peanut Butter Falcon” is one of the most gonzo original movies to come along in a while. The film marks the welcome and overdue comeback of former star Shia LeBeouf after years of alcohol-driven meltdowns, and he makes the most of it. 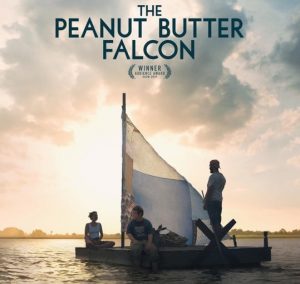 The film actually is the story of a twentysomething man with Down’s Syndrome named Zak (Zack Gottsagen), who has been forced to live in an senior citizen assisted living center for over two years after his immediate family died. He wants out, yearning not only for freedom but hoping to study pro wrestling at his favorite TV wrestler Saltwater Redneck’s (Thomas Haden Church) wrestling school.

After making an audacious and hilarious escape in the middle of the night in his underwear, Zak hides out on a small fishing boat. The next morning, a rogue fisherman named Tyler (Shia LaBeouf) sets fire to his enemies’ fishing equipment and flees their wrath down the river, unaware that Zak’s aboard.

What happens upon their arrival is touching, funny, and wholly unexpected, as writer-directors Tyler Nilson and Mike Schwartz take the movie into territory that’s both rousing and surreal. While “Falcon” occasionally feels a bit too ramshackle along its lead characters’ journey, it still arrives at a destination that’s more than satisfying.

Lastly, the true-life drama “Brian Banks”offers the return of superstar comedy director Tom Shadyac after 13 years, in a film that’s vastly different than his long slate of Jim Carrey comedies and Eddie Murphy’s “The Nutty Professor.”  It follows the story of its title figure, a high school football star in Long Beach who was on track to play at USC and eventually in the NFL until he was falsely accused of rape by a female classmate. 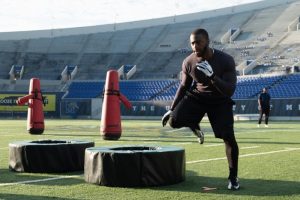 The movie shows the sad and incredible damage caused to Banks (Aldis Hodge) by being misled into a no-contest plea deal by his public defender. But the tenacious athlete never gave up on his dream of clearing his name and making the NFL a decade late, and the movie shows how he improbably pulled that off with the help of attorney Justin Brooks (Greg Kinnear) and the California Innocence Project.

Hodge and Kinnear are both terrific in the lead roles, as the sharp screenplay by Doug Atchison ties together relatable emotional drama with a series of surprising twists en route to their goal. Real-life “Rocky” type stories are always a welcome cinematic experience, and this is one that is not only engaging but important.