It’s all too rare these days to find science-fiction movies that aren’t simply bombastic superhero flicks or alien-invasion thrillers. The current Brad Pitt film “Ad Astra” bravely breaks that mold, offering up a meditative yet mesmerizing tale of an astronaut who embarks on a daring and highly dangerous quest to retrieve his gone-rogue, fellow-astronaut father from the deepest reaches of the solar system.

That description might sound fascinating enough, but where the film really shines is in the surprising fac that Pitt’s search heavily explores the concept of the sins of the father coming to haunt the son. Featuring a multilayered, Oscar-worthy performance by Pitt, the film hinges largely on his performance as his character, Roy McBride, finds his mission a largely solitary one and the film relies upon his narration overlaying much of its stunning visuals.

The title “Ad Astra” is Latin for “to the stars,” and the film opens on a near-future in which life on earth is being threatened by power surges emanating from near Neptune. NASA has come to believe that the source of the surges is the lead spacecraft of the Lima Mission, a giant expedition that launched 30 years before with the goal of finding conclusively whether extraterrestrial life exists on the other planets of the solar system.

Roy’s father, H. Clifford McBride (Tommy Lee Jones), was the captain of that mission, and as a result disappeared from Roy’s life 30 years ago. Roy was told that his father and his crew had all died as heroes, and found his motivation to be an astronaut himself in his father’s purported heroics. 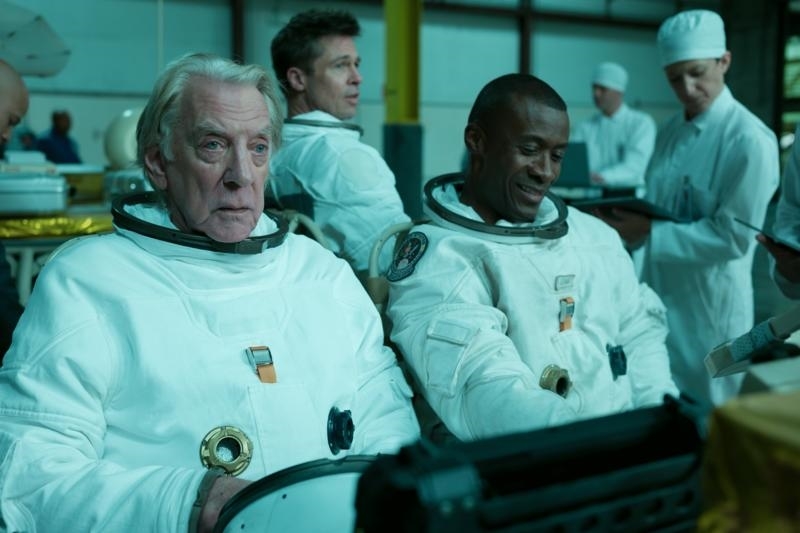 NASA decides to send a team to find the Lima Mission near Neptune and fire nuclear missiles into it in order to disable the electrical pulses it’s sending to earth. Roy wants to be part of the crew, but he suddenly receives the shocking news from an insider that his father was in fact not a hero who had died three decades before, but in fact had gone dangerously rogue – causing his crew to die when they tried to mutiny and force a return to Earth.

NASA wants to ground him suddenly, but Roy executes a daring plan to get on board the rocket heading for his father and see if he can find a more peaceful way of bringing his father to justice. What happens from there is utterly riveting for those willing to follow a hyper-intelligent film whose hook is engaging the mind more than throttling the senses. At my screening, 10 people walked out muttering about boredom, while the remaining 50 applauded heartily at its conclusion.

There are two comparisons I can best make to describe the feel of this very unique film. It’s as if legendary yet often-obscure auteur Terence Malick (“Tree of Life,” “The Thin Red Line”) got his hands on $80 million and a script with a coherent plot, or like “2001: A Space Odyssey” had an ending that made sense.

“Ad Astra” is co-written and directed by James Gray, who’s making a big-budget leap here after a career in which he’s made nine other films that were critically acclaimed but overlooked at the box office (among them “The Lost City of Z” and four films with Joaquin Phoenix). The film lures viewers in through a quietly pulsing, synth-driven score by Thomas Richter that feels both high-tech and warmly intimate at the same time, while easing them into the concentration required to process it all.

There are some deep emotional and spiritual themes throughout the film, as a shocking turn of events lends Roy a sudden understanding of what his father went through in his crisis. That leads to some quietly powerful moments between Pitt and Jones, with the two tied by their failings yet trying to establish one last connection before it’s too late.

It’s very much like a Prodigal Son story in reverse, as Roy the son seeks to welcome back his long-lost father Jones while having the face the question of if it’s too late. Roy is also haunted by thoughts of the wife he left behind on Earth (Liv Tyler) and how his unceasing drive for perfection has caused a rift between them.

Ultimately, “Ad Astra” stands as my choice so far for the movie of the year. Packed with stunning visuals and much to contemplate, yet always rewarding with an enthralling plot, I couldn’t recommend it more highly.