Kevin Nealon has been making people laugh for the past 40 years, as one of the longest-running stars on Saturday Night Live, as Doug Wilson in nearly 100 episodes of the hit Showtime series “Weeds,” in his current role on the CBS sitcom “Man With a Plan” with Matt Leblanc and throughout as a standup comic nationwide.

But his most important role for the past decade has been as a father. He became a dad for the first time 12 years ago at age 53 with a son named Gable and has found that fatherhood has not only made his life more meaningful, but also provided him with plenty of new material. A lifelong Catholic, Nealon, recently spoke with the Los Angeles-based radio show “Man Up”.

“I’m a dad whose son is realizing his dad is a lot older than his friends’ parents and it’s not sitting well with him,” says Nealon. “He looked really sad one day and I said ‘What’s wrong, buddy?’ I call him buddy because I’m never home and don’t remember his name. 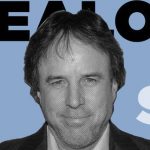 Despite such jokes, Nealon says that fatherhood is proving to be a real joy that’s kept him in touch with his younger self.

“But seriously, he thinks I’m the funniest thing in the world. Kids I think he really does appreciate it, other people think I’m funny. He’s still trying to figure it out like kids do. I was hiccupping yesterday and he couldn’t stop laughing,” he says. “Spend as much time with him as you can, and go along with it. I said to my son’s teacher in 3rd grade:  “Are you gonna let your sons play video games?” and he said “Yeah (and) I’m gonna play with him!” and that threw me a bit, but you know he’s right.”

Nealon was on SNL from 1986 to 1995, a nine-year run that makes him the 4th-longest-running cast member in the illustrious show’s history. During that time, he had a particular affection for the late and much-loved Chris Farley, whom he recalls as having a boyish and innocent presence alongside the addiction issues that tragically cut short his life at age 33 in 1997.

“I remember the day he arrived at 30 Rock, wide-eyed and googly-eyed when he got off the elevator. He was with his brothers and mother, and really loved them,” says Nealon. “He had impeccable balance. He was actually a good dancer, was a good athlete and basketball player. I’ve always admired plus-size people who were light on their feet.

‘Obviously we all kind of knew he had a constant need for approval and getting laughs,” he adds. “He loved John Belushi and wanted to emulate him and he did right til the end. We were talking about his addictions and he said, “you know Belushi did a lot of drugs” and I said just think how much more fun he’d be, how much longer he would have lived without them. And he said “Really?” But he was so funny, I remember that Chippendales sketch, that was one of my favorites. He was really in control over his body.”

One of his favorite hosts to work with during his near-decade on the show was Arnold Schwarzenegger, then one of the biggest movie stars on the planet and eventually the Republican governor of California. Nealon had already established the characters of Hans and Franz with Dana Carvey, and they were at first concerned when the Governator asked them to stop by his dressing room.

“Arnold loves those characters. Dana Carvey and I wrote them after we watched him do a Showtime interview and we loved how he talked so we did that all through our summer tour,” says Nealon. “We went back to ‘SNL’ and came up with these two pitiful bodybuilders who never had lifted a weight in their lives and were so defensive and accusatory of other people for being lazy babies.

“Arnold loved them and wanted to be in a sketch with them so we were confused wondering if he knew we were making fun of him?” he continues. “But we went down to his dressing room and his name went almost all the way across the door onto the wall. We opened up his door and we could barely see him amid all the smoke because he was smoking cigars. He said ‘Hello fellas, now how am I supposed to do the accent?’ Right then and there we knew he had a sense of humor.”

Nealon discusses much more on the show,  including his recollections of how he and Dana Carvey landed their spots on SNL, why Steven Seagal was considered the worst host ever, his advice for standup comics and the state of the PC movement affecting the comedy world and the incredible tale of his possibly being wiretapped by the Ringling Bros. Circus.

To hear the rest of Nealon’s interview you can stream it at www.manupshow.net/episodes.