The current fall TV season has some high-profile shows featuring stars who are longtime favorites for the over-50 audience, with the return of two canceled shows in “Murphy Brown” and “Last Man Standing,” the reinvention of “Roseanne” without its controversial star as “The Conners,” and a brand-new show with what might turn out to be the funniest cast on TV in “The Cool Kids.” I took a look at this comedic quartet to help you separate the winners from the losers, and there are some surprising results.

First up is the return of Candice Bergen in “Murphy Brown,” which brings the liberal firebrand TV anchorwoman character back to life and out of retirement as the host of a cable network morning show, with her old cohosts Corky (Faith Ford) and Frank (Joe Regalbuto) and their producer Miles (Grant Shaud). She’s competing against her now-grown son Avery (Jake McDornan), who’s in his mid-20s and newly minted with his own talk show as the sole liberal voice on the conservative Wolf network. 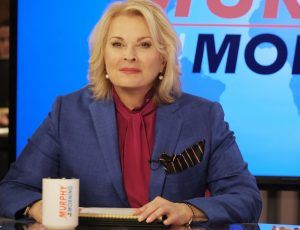 Brown was always famous – or infamous, depending on your political perspective – for waging verbal war against conservatives, particularly in her ground-breaking episodes in which she took on the real-life Vice President Dan Quayle over her decision to proudly raise her son as a single mom. Her return 20 years after the initial decade-long run of the show would seem to be perfect timing as she takes on a world under Donald Trump, but unfortunately the show is uneven so far.

The scenes set in Brown’s apartment and other aspects of her personal life are flat and have an obvious, poorly done laugh track. But the scenes in which she is on-air or engaged in political chicanery – engaging in an on-air Twitter battle with Trump in the premiere episode, and sneaking into a Sarah Huckabee Sanders press conference in the second – have a refreshing bite that’s funny regardless of one’s politics (for the record, I’m a Trump fan and I still found these scenes funny).

Bergen is similarly hit and miss in these scenes, but the supporting cast are in fine form on the workplace scenes, with Tyne Daly also fun as the new bartender at their favorite watering hole. Hillary Clinton made a cameo in the premiere playing a different woman named Hilary who was seeking to become one of Murphy’s countless secretaries, and many more veteran star surprises are awaiting viewers the rest of the season.

Meanwhile, Fox has made the unusual move of saving the long-running favorite “Last Man Standing”, a year after its abrupt cancellation by ABC. Bringing back Tim Allen as a conservative owner of a successful outdoor-supply store who shares his old-school values with both family and friends and viewers on a video blog, “Last” is being touted as an example to watch in order to see if conservative viewers will support a network TV show in a major way.

The answer is yes, as the season premiere of “Last” was the highest-rated sitcom on Fox in 18 years. The show is basically a rehash of Allen’s ’90s sitcom juggernaut “Home Improvement,” on this time he has three daughters to contend with instead of three sons, and Allen still having good-natured fun with the concept of what makes a strong man in a world where women increasingly have a voice.

The first three episodes of “Last” are good clean family fun, and skew to the right when sociopolitical jokes are made, but without being obnoxious about it. It’s the kind of show that elicits consistent chuckles and makes you feel good about families, while delivering laugh out loud moments only once or twice per episode.

Nonetheless, it’s refreshing to see a show have a clear vision of what it’s trying to accomplish, and hitting that mark even while bucking the tide of liberalism found in most network TV entertainment. Here’s hoping its success can lead to a broader array of programs with a fresh viewpoint across the TV spectrum.

“The Conners” has perhaps the toughest challenge of any show on television this season, as the sterling cast of veteran supporting actors (John Goodman, Laurie Metcalf, Sara Gilbert among them) have to step up front and center now that the real star of the Conner clan, Roseanne, was booted from the show after her incendiary Tweet about former President Obama advisor Valerie Jarrett in May.

Such a major firing is extremely rare in the history of television, but Roseanne managed to show some grace in the situation by foregoing any further financial benefit from the series having new episodes in order to save the show and enable the cast and crew to keep working in spite of her disastrous behavior. There was great speculation as to whether the show could continue to maintain its biting wit in her absence, but this past Tuesday’s premiere of the offshoot series “The Conners” (featuring everyone else in the family) proved to be surprisingly strong.

The episode had Roseanne already dead, having passed away from an opioid overdose that was slowly set up in the return season last spring. The family has to adjust to life without her, with Roseanne’s sister Jackie hilariously trying to reconfigure the kitchen to an absurd degree, and main daughter Darlene trying to rally a sense of hope in her father, Dan.

The center of the episode featured Dan learning that a friend of Roseanne’s (played by guest star Mary Steenburgen) had traded her extra opioids and that the swap likely enabled the overdose to happen. He tries to shame her by driving around town with a sign on his truck saying she killed Roseanne, but they have an affecting confrontation that leads to some forgiveness. In the end, he manages to sleep in his bed instead of on the couch for the first time in the three weeks since she died.

Future episodes will likely mention Roseanne less and less as the Conners carry on with their lives. But the mix of social problems the family has always endured is likely to keep the show funny and relevant for those willing to overlook ABC’s abrupt firing of its founder and enjoy a show that makes you think as well as laugh. 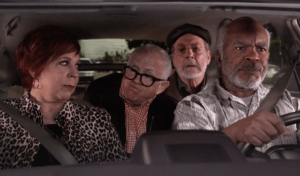 “The Cool Kids” on Fox

Finally, the newest and best of the bunch is “The Cool Kids,” about a trio of male senior citizens living in an assisted living community who are forced to contend with a feisty new female friend when a longtime buddy abruptly dies. The three guys are played by David Alan Grier (“In Living Color” and countless other comic roles), Martin Mull (who’s been making America laugh since the 1970s) and Leslie Jordan (a small-framed gay comedy icon best known for “Will & Grace”), with the woman played by Vicki Lawrence of “Carol Burnett Show” and “Mama’s Family” fame, who makes the absolute most of this unexpected career second wind after decades away from regular television appearances.

The pilot of “Cool” set up the cantankerous male characters extremely well, with Grier nailing the “angry black man” persona he’s done so well in shows like “The Carmichaels” and Mull using his laid back charm as a guy who lived a wild life in the ’60s and still has the desire to do crazy things. Jordan stole the show, however, as he was sent by the other two guys to seduce Lawrence’s character and talk her out of joining their dinner table regularly, but has no clue how to make a move on a woman.

Lawrence, meanwhile, showed once again why she’s a timeless national treasure, knocking one home run after another with her delivery. “The Cool Kids” has a wacky charm that makes it seem that no situation will be too improbable for these characters to get into, and that makes it the best of this very good bunch.