Help me celebrate the Feast day of Rose Duchesne. I infused honey with rose petals and thyme. Perfect on biscuits or toast. 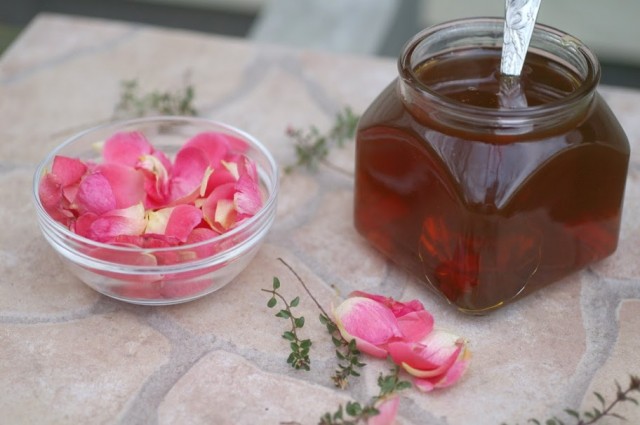 Today is the feast day of St. Rose Philippine  Duchesne. She was born in Grenoble France to a wealthy and political family. She was baptised in the Church of St Lois and received the name Philip, the Apostle and Rose of Lima, she became the first Saint of the New Continent.

She was educated in the convent of the Visitations in Grenoble. This is also where she joined the convent at the age of 19 against her parents wishes.  At first they were angry but they began to get used to the idea of her becoming a nun. In 1792 during the French Revolution her convent was dispersed and she returned home to her family. After the Revolutionary War, her convent was regrouped into the Society of the Sacred Heart. Rose became a postulant in December 1804. She made her final vows in 1805.

In 1815, she and four other sisters were sent as missionaries to the Louisiana Territory. In 1818 she opened her first free school West of the Mississippi. It was a log cabin in St. Charles Missouri.  By 1828, she had six more schools.

In her seventies and no longer mother superior, she began serving the American Indians. She helped with a school in Sugar Creek Kansas for the Potawatomi Indians.  They called her “Woman who prays always”. In July 1842 she returned to Missouri. Philippine died at the age of 83, 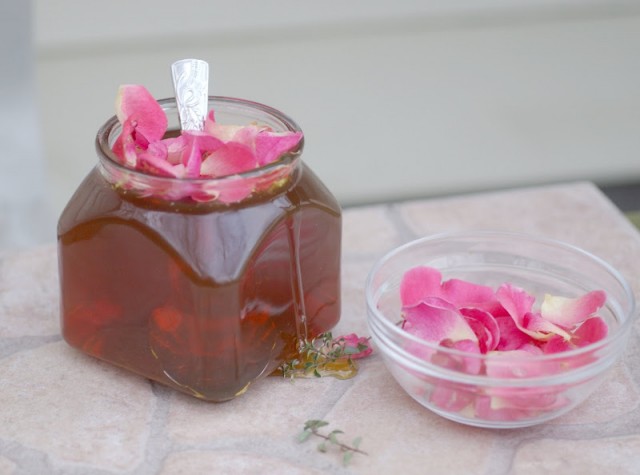 In double boiler combine the rose petals, thyme and honey. Using a candy thermometer, heat honey to 185 degrees. Cut off heat and allow to sit for up to 2 hours. Reheat the honey, over low heat and strain into hot sterilized jars. You can store this honey at room temperature for a year.

Peace be with you,

Veronica (Vonnie) is a widowed Catholic mom and a Coastal Virginia based food writer, a not so perfect Weight Watcher follower and animal wrangler, with a constant yearning for freshly baked bread, Krispy Kreme donuts, fried chicken and setting off the fire alarm in the pursuit of the perfect recipe.